It has been teeming rain for practically two months now in Ireland and the UK with lifetime records for rainfall been broken. We have also endured a beating from a chain of storms causing severe coastal damage, power outages, the felling of trees and structural damage. The most serious impact has sadly been the loss of life and also the stress and financial burden.

We hear greater reference to and debate about climate change. Some people maintain it is happening at a fast rate and that we may not be able to adapt to the consequences, while other are adamant that the climate has always tended to change. There may be some middle ground agreement that the intensity or severity of weather events has intensified. In contrast to our extremely wet conditions, it seems that the state of California is heading for a record severe drought. California, which is the worlds’ eight largest economy is going through what is likely to be the most severe drought in the state’s recorded history. According to the U.S Drought Monitor Agency, almost 68% of the state is facing “extreme” or “exceptional” drought. The California Farm Bureau Federation expects that as much as 500,000 acres will go unplanted this year. This would be a huge impact on the state’s agricultural economy which yields about 6% of total revenue. In certain areas the drought could mean abandonment by communities and consequential loss of livelihoods and increased unemployment and poverty.

Have assessed the above scenarios emerging over the past few decades some scientists are suggesting that human activities (fossil fuel use, deforestation, ocean acidification, biodiversity loss) are causing global temperature increases resulting in ice melt and a warming of the arctic region which may be impacting on the ‘jet stream’.

Planet earth depends on a dynamic balance, a balance in various important cycles such as Water, Carbon and Nitrogen. Interesting the one zone that has a significant contribution to each of these (and biodiversity) is the soil under our feet. Many educators and advisers in agricultural science place a huge emphasis on soil physical and chemical properties for good farmland management. But many omit the enormous contribution of the third leg of the stool which is the biological properties. In these I refer to the bacteria, fungi, nematodes, protazoa, arthropods and earthworms. This soil food web is the driver for successful and sustainable agriculture. It increases the soil organic matter, improves water infiltration rate, water holding capacity, root depth, cation exchange capacity, mineralization of nitrogen, availability of phosphorus and exchangeable potassium. Avoidance of compaction and the use of crop rotation can improve soil fertility, disease management and increase output.

Depending on soil type and crop cover the impact of heavy rain on soil can be quite significant. Rainfall can actually compact the ground. If soil is exposed, rain droplets can pound apart its natural crumb structure until this crumb becomes finer and finer and the tiny particles then act as a seal on the ground surface. This can prevent the movement of water down into the soil profile, increasing the risk of run-off. However, when the soil dries and opens again, these fine particles can be moved down into the soil profile to begin to clog up the pores underneath. These soils will then plough up wet because the water cannot percolate down. Annual applications of compost or farmyard manures will improve the organic matter levels and soil structure. The use of cover crops can also reduce rainfall impact and at the same time increase soil organic matter. So really we are just doing what nature has been doing for millennia, that is recycling nutrients. Maybe we will need to move from our ‘being too nice’ position and make greater use of human waste through proper composting systems to return nutrients to the soil. Just consider for a moment the amount of nitrogen and phosphorus that could be captured with a simple system in a large boys secondary school and returned to the land, thereby reducing fertiliser costs. It is being done in other locations and sure its only natural.

In the meantime as the people in California are praying for rain, we may start praying that it goes away to Spain. 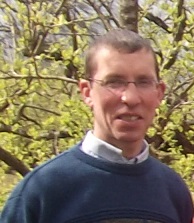